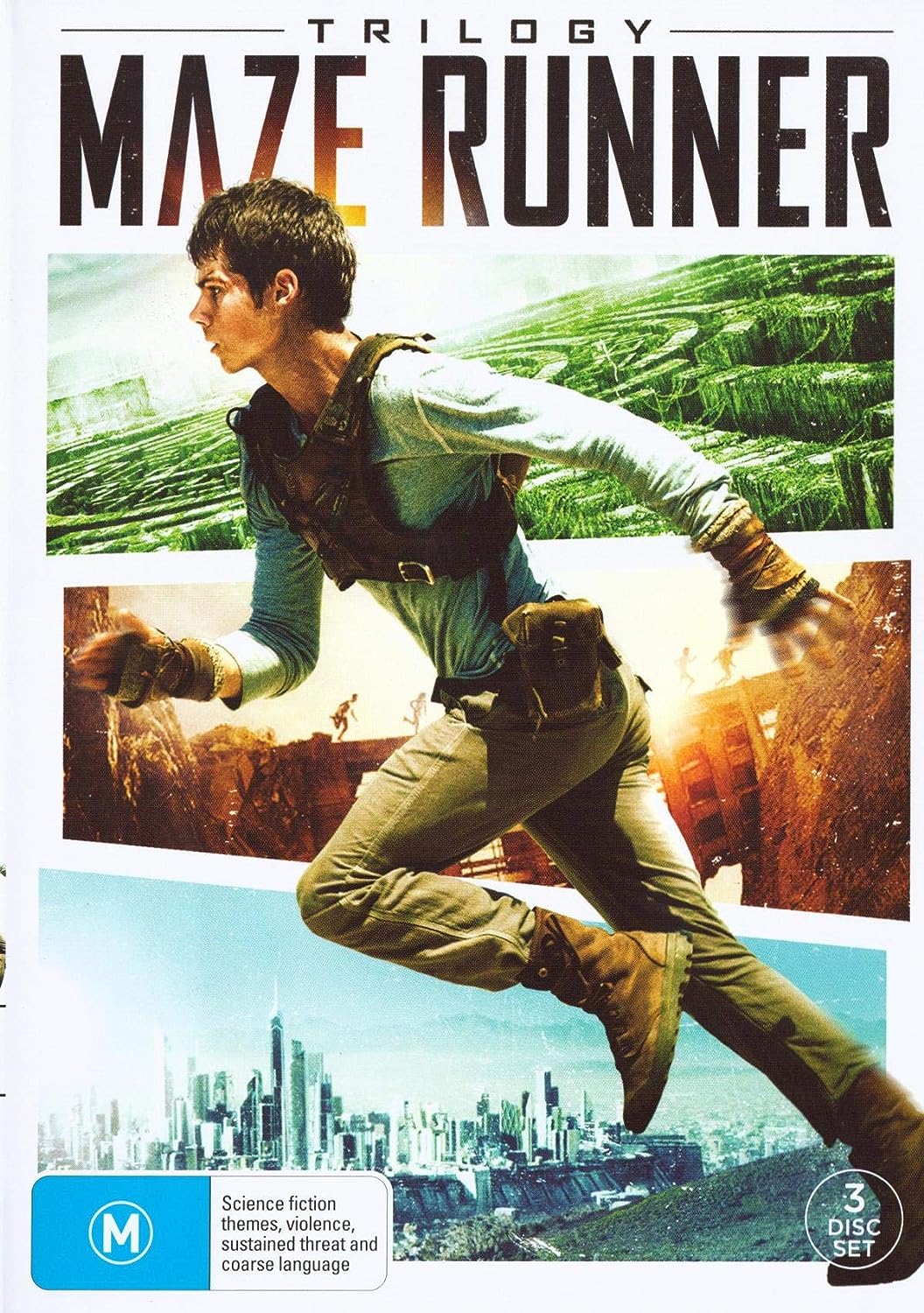 THE MAZE RUNNER: Thomas (Dylan OBrien) wakes up trapped in a massive ever-changing maze with a group of boys who have no memory of the outside world. Facing dangerous obstacles at every turn--especially the deadly Grievers that roam the concrete corridors at night--Thomas and the others must race to piece together clues in order to discover their true purpose...and find a way out before its too late! MAZE RUNNER: THE SCORCH TRIALS: Thomas and his fellow Gladers face their greatest challenge yet: searching for clues about the mysterious and powerful organization known as WCKD. Their journey takes them to the Scorch a desolate landscape filled with unimaginable obstacles. Teaming up with resistance fighters the Gladers take on WCKDs vastly superior forces and uncover its shocking plans for them all. MAZE RUNNER: THE DEATH CURE: Young hero Thomas embarks on a mission to find a cure for a deadly disease known as the Flare. Thomas leads his group of escaped Gladers on their final and most dangerous mission yet. To save their friends they must break into the legendary Last City a WCKD-controlled labyrinth that may turn out to be the deadliest maze of all. Anyone who makes it out alive will get answers to the questions the Gladers have been asking since they first arrived in the maze.