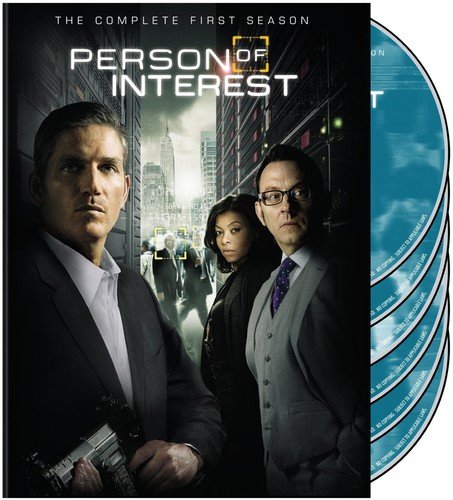 A high-concept show that isn't afraid to get down and dirty, this latest exercise in paranoid worldbuilding from producer J.J. Abrams provides an addictive combination of action and future tech. Series creator Jonathan Nolan (brother of Christopher) lays out the premise at a furious clip: an eccentric tech genius ("i"Lost's Michael Emerson) enlists a shadowy soldier-of-fortune (Jim Caviezel) to help with his pet project--a machine with seemingly endless surveillance capabilities. Utilizing the device's ability to identify threats before they happen, they set out to right future wrongs, attracting the attention of a dogged New York cop (Taraji P. Henson) in the process. Were Person of Interest content to remain at the level of weekly procedural, it would be a very good one, with every installment boasting well-choreographed fight scenes, Emerson's impeccably weird comedy timing, and a thorny morality that keeps the methods of the protagonists edging into the black. (A standout early episode, featuring Linda Cardinelli as a doctor with a hidden past, boasts an open-ended resolution that would do Elmore Leonard proud.) Thankfully, however, Nolan and co. also show an ability to play the long game, cannily inserting flashbacks that hint at a bigger mystery, introducing a strangely empathetic recurring supervillain, and laying out minor plot elements that pay off big further down the line. The show's impressive planning also extends to the supporting cast, with Henson given a character arc that many leading characters would envy. (Kudos as well to Kevin Chapman, as a former dirty cop whose slowly growing conscience provides many of the best moments.) The best element of the show, however, may well be The Machine itself, an initially implausible gimmick that quickly becomes a character in its own right; an omnipresent asset that--pay close attention to the evolving graphics overlays--may not be quite as passive an observer as its creator insists. By the time the final cliffhanger episode of the season rolls around, it's apparent that the show's mythology still has plenty of unexplored depths to delve. Extras include a lengthier cut of the pilot, a fascinating/scary look at the current state of surveillance tech, and a brief gag reel showcasing Caviezel's ability to do a killer Christopher Walken. --Andrew Wright

Notifications can be turned off anytime from settings.

If you are a new user

Register login
Help Center
How can we help you?

Exchange offer is not applicable with this product

Exchange Offer cannot be clubbed with Bajaj Finserv for this product

Your item has been added to Shortlist.

Remove below items from the cart

Return form will be sent to your email Id:

Got a question? Look no further.

Browse our FAQs or submit your query here.

Shop on the Go

app only offers at your fingertips

Register now to get updates on promotions and