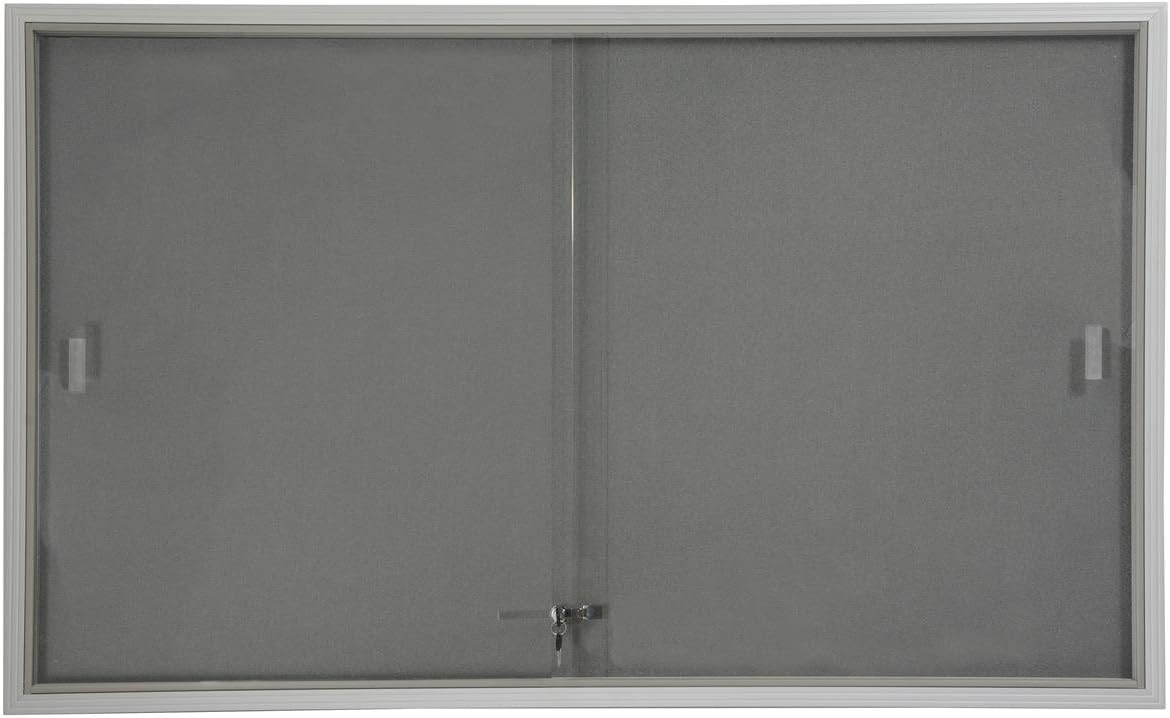 This indoor bulletin board measures 5' x 3'. The large-size notice board is therefore ideally meant for use in a public venue, such as in a school foyer or an office lobby. The indoor bulletin board features an enclosed design with locking doors to prevent unauthorized users from updating a presentation. The sliding, tempered glass doors offer a complete view of the notices on display while still providing easy access for users to update an exhibit with ease. This indoor bulletin board is equipped with a z-bar mounting bracket for a secure attachment to the wall. Please note that 2 people may be required during installation. This 60" x 36" enclosed bulletin board is constructed from aluminum and has a silver finish to match any setting. Dimensions: Overall: 60" x 36" x 2" Weight: 40 lbs. Cork: 57" x 33"

Edge Of The Earth: I know this if off topic but I'm looking into starting my own blog and was wondering what all is needed t...