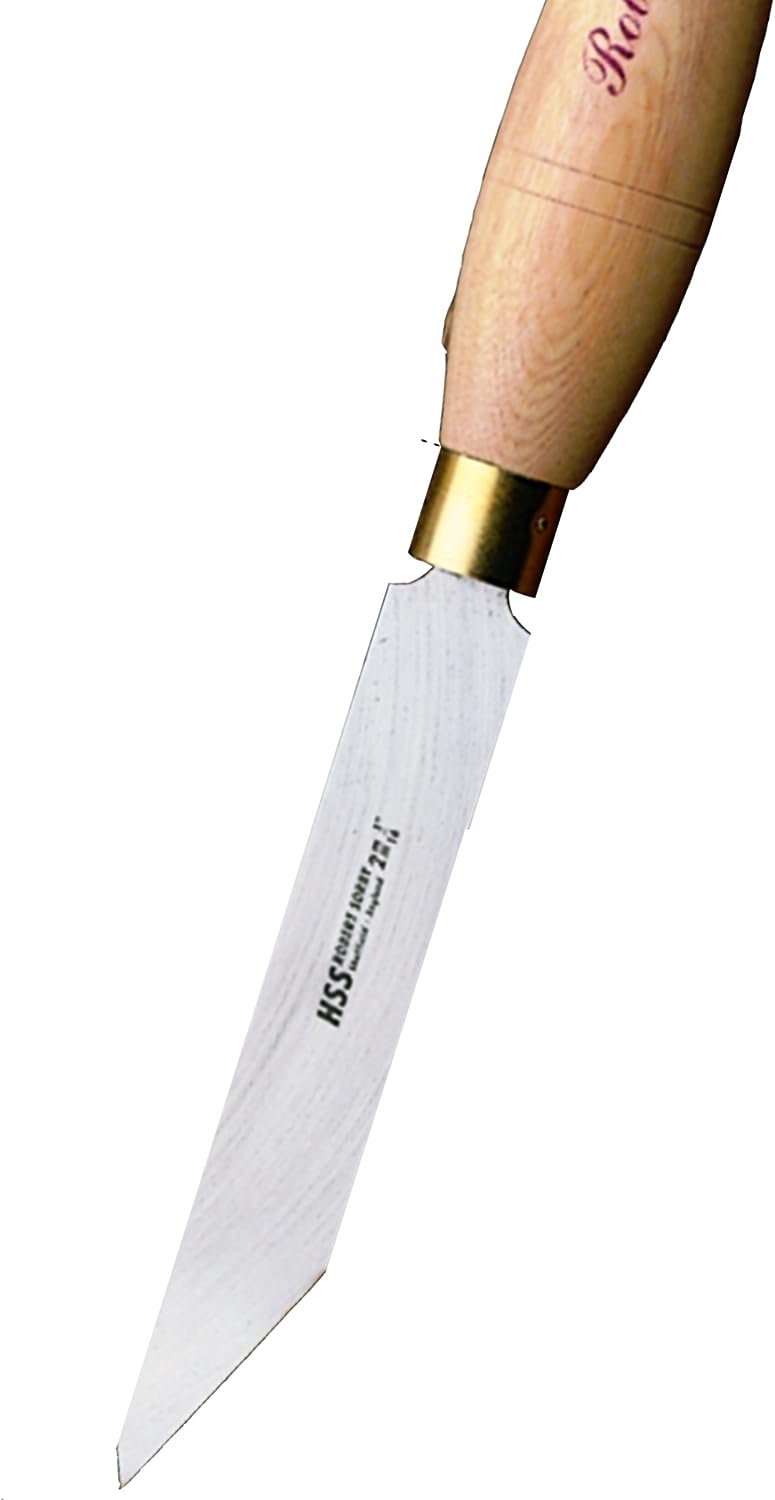 With a milled flute along the bottom edge, two sharp spurs at the cutting face and a tip that always cuts at a shear angle of 45 degrees, this parting tool produces a burnished finish that hardly needs sanding at all. The tapered profile reduces the risk of binding in the cut, and when parting off, the narrow profile eases the work and produces less waste. 1-1/16" blade width keeps the blade very stable while cutting. Measures 18-3/4" overall.